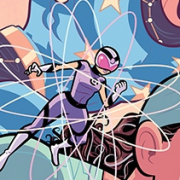 This Fall, the FPR is celebrating fifteen years of interdisciplinary research and scholarship through FPR-funded programs at UCLA and Hampshire College and FPR-funded research in field sites in the US and around the world.

Coincidentally this month, Nature has published a special issue on Interdisciplinarity, which “probes how scientists and social scientists are coming together to solve the grand challenges of energy food, water, climate and health.”

This is a very fun and informative read, don’t miss it, especially a critical commentary on integration by lab science ethnographer Ana Viseu.

Interdisciplinary science must break down barriers between fields to build common ground.

FEATURES
Interdisciplinary research by the numbers

An analysis reveals the extent and impact of research that bridges disciplines.

How to solve the world’s biggest problems

Interdisciplinarity has become all the rage as scientists tackle climate change and other intractable issues. But there is still strong resistance to crossing borders.

Quiz: How interdisciplinary are you?

Many scientists claim to be interdisciplinary – but are they really?

COMMENT
Integration of social science in research is crucial

Social scientists must be allowed a full, collaborative role if the public is to understand and engage with the issues involved, says Ana Viseu.

Global funders to focus on interdisciplinarity

Granting bodies need more data on how much they are spending on work that transcends disciplines, and to what end, explains Rick Rylance.

How to catalyse collaboration

Peter E. Pormann on the revelations a meshing of technology and humanities can yield.

Social historian Harvey Graff turns a practised eye on interdisciplinarity, exploding myths about that meshing as he goes.

The powerful and sometimes uneasy alliance between science and the society it serves is the theme of this year’s special report on the “State of the World’s Science.”
Scientific American (16 September 2015)

ELSEWHEREInt
Palgrave Communications Collection
This collection is dedicated to the concept of interdisciplinarity within and between disciplines in the humanities, social sciences and business studies.
Nature (21 July 2015)

From Toxins to Culture: How Environment Shapes the Infant Brain (AAAS 2016 ...
Scroll to top
CMB NETWORK