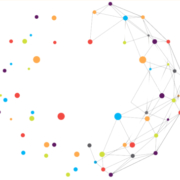 We are delighted to report the results of our first round of funding for the Culture, Mind, and Brain Research Network. Overall, the proposals reflected a wide range of interests, issues, and concerns!

We awarded grants for two cutting-edge workshops: “Dignity, Self-Concept & Psychosocial Health” (Suparna Choudhury; co-hosted by Unicef), will explore the concept of “dignity” in girls and women, its relationship to mental health, and its potential operationalization from an interdisciplinary perspective linking multiple levels, from social genomics and social defeat models to self. A second workshop, “Toward a Social-Cultural Computational Psychiatry: Studying Human Interaction Through Hyperscanning and Bayesian Modelling” (Laurence Kirmayer), supports the development of a social-cultural computational psychiatry research network, which reflects a current evolution in thinking and technological advances at the intersection of culture, psychiatry, and neuroscience.

We also awarded three travel grants to support the following exploratory research on: (1) voice hearing in a psychiatric population in Thailand (Tanya Luhrmann); (2) voluntary voice hearing as part of a meditative practice in India (Samuel Veissière); and (3) advancing cultural consonance theories in India (Jeffrey Snodgrass). All three CMB members are highly experienced in integrating insights from culture, mind, and brain and we look forward to hearing about their travels at our inaugural network meeting at UCLA next February.

Finally, we awarded two curriculum development grants: (1) a ground-breaking video series on adapting mental health measures in LMICs to accompany the Global Mental Health Assessment Database (Brandon Kohrt; see https://global-database.thefpr.org); and (2) an undergraduate seminar on the adolescent brain in context (Suparna Choudhury) that could potentially use media to connect and share lectures between our respective campuses.

We would like to take this opportunity to thank our CMB members for helping to make our first round of a resounding success!